What's on your mind?

So whenever Scott or Stiles or Derek are crying or are looking broken...I just want to reach through the screen and hug them. Am I the only one who feels like that?

Who's your favorite character?! No one can say Stiles though, because that's already implied, duh. But OTHERRRRRRR than Stiles, who is yo favorittteeeee character

You know in season 6 episode 6, how Liam brings back Theo because he thinks he still has Josh's lightning powers.

It's so nice... that he remembers Theo and still thinks of him... he didn't forget about Theo!! I mean... that'd be pretty hard to forget abt him anyways, but he still thought of himmmmm

I just finished watching season 5, and my opinion about Scott is he really a good person, has big heart, and I can put him as the number 1 or 2 most favorite character, sometimes I really feel sorry for him, his kindness makes him look disparate, I can’t understand how an alpha werewolf can be that disparate? Especially the idea about not killing anyone ? How can he be a werewolf hero if he doesn’t kill the bad guys?

If you dont want to read all this (who would,) just read the bolded words and sentences, especially the one at the bottom. Ily guys all..

So basically, this fake "MTV" account has been going viral, after posting fake spoilers and news about the "new season of Teen Wolf." YAYY, ikr. my thoughts and reaction exactly. But that was before, an investigator (forgot who, but they were investigating, so im calling them an investigator. I think they're acc name on yt was/is 'teen wolf news' or something like that:)...) ,,,, contacted Jeff Davis, who is the director of our fav infamous show, T.W., by email, stating current and recurring events and asking for true info and evidence to these statements being made. Jeff Davis said that him and the certain companies and all (again i kinda forgot) had maybe talked abt a reboot, but he's gotten no other info. abt such things. He also says that if there were to be a reboot, everything would have to be, idk.... REBOOTED!! Nothing would be the same.

To conclude my babbling, nothing would be the same like i had said before, it wouldnt be our same Teen Wolf , beloved series, we wouldn't have the beloved settings, and characters.

Just wanted to put that out there.

THE TEEN WOLF MTV ON YOUTUBE IS A FAKE.

So I have no idea how many people are still active on this, or are still even interested BUTTTTT, there is a possibility for a season 7. Both Holland Roden (Lydia Martin) and Ryan Kelley (Jordan Parrish), have released some information about bringing back the show. Please let me know if you want more information!

First off I'd like to just say that teen wolf is a great TV series minus the homosexual agenda which was used aggressively by the writer which all made sense when learning that he himself is homosexual and I have no problem with people's sexual preferences but I do find it uncomfortable when it's constantly thrown in my face it's like settle down there little fellas we know that gay people exist you don't need to follow the Hollywood agenda by making it seem like everyone is gay and you should try to be gay to because it's cool and if you watch TV shows these days you will notice how much the writers write gay sex scenes to convince you how normal and popular the gay movement is but like many things this is only the case in movies and TV shows in the world its nothing like that and gay people are extremely rare of course they are out there but not like they make it seem in TV especially in teen wolf which was definitely only because of the writer being gay and wanting to add dozens of sexual gay scenes for his personal excitement and the Hollywood agenda of trying to normalize homosexual relationships and acceptance but not just homosexual Hollywood is also doing this for pedophilia as well but that's another discussion for somewhere else (the pedophilia part) as for the homosexual agenda it is pretty dark that there are people who are trying to push this sexual preference into or onto the youth of today instead of letting them figure out who they are naturally just like this transgender situation that has blown up in the last decade but even though they are the same thing that's going on that's for a different conversation and so what I'm trying to figure out is whether people are aware of this agenda which is ultimately the goal of trying to steer kids that aren't completely sure of their sexual preferences yet to give being gay a shot which I don't care because you're either gay or your not but the method of using TV programming to literally program Young minds is not acceptable unfortunately the people that rule the stuff we see on TV the people who run the countries and the people who rule the world are all comfortable with promoting homosexuality transgenderism and pedophilia for their agenda to depopulate the world as the more people choose to be homosexual the less procreation takes place so tv shows like teen wolf are written to desensitize the youth in regards to the progressive agenda. The more people that see it will try it. Then they will likely vote for the candidates that push it. It has been a long game for decades and we are seeing the results here recently. Black americans are losing the most as a result of gaying all the things..especially black men. Hollywood has zero morals and values in common with normal people and they have basically weaponized the entertainment industry against the rest of us. I'm by no means a conspiracy theorist but its painfully obvious. Gays and trans are incredibly overrepresented on tv. The porn industry plays a major role in the degradation of our countries moral capacity. A constant barrage of men getting plowed by women wearing strap ons, men fkking women dressed like nuns in a church or women wearing hijabs in a mosque. Combine that with the ease of access to all of these things and you end up with a generation that has absolutely no way to discern right from wrong when literally everything is not only accepted, but celebrated as being brave or revolutionary. I digress. I hold these truths to be self evident, seriously though every show that I’m watching has graphic gay scenes. This is more than coincidence but an agenda for indoctrination. I’ve been banging my head trying to figure out why? With everything going on in the world people are starting to wake up. It’s well documented that a small minority of people who turn gay are from body/hormone or brain chemistry imbalance but Most are created from environmental circumstances . I don’t mind if people are gay or transgender, it’s their choice and body and none of my business. However, I’m offended to see this rammed down my throat every tv show I watch as if it’s normal when it isn’t. I don’t accept that and shouldn’t be forced to . Be gay but don’t be overly graphic about it to prove a point. Where is my choice.? I don’t want to see that garbage as it repulses me.

We know for a fact that the Rockefeller foundation, bill gates foundation together control big pharma the cdc and fda and the CIA through operation mockingbird together with the two foundations control the media narrative on everything we are told and watch .We are being indoctrinated. We know that they want to depopulate . So the answer to this question may be as simple as “ creating an environment to indoctrinate acceptance of homosexuality to make more people homosexual so we reproduce less to depopulate”

It’s all an agenda

Eveyone's fair call as long as you can tell they were treated like shit even though the cast would very likely not be alive without them, and ones that did not matter as much as they had everyone think they did *cough*Hayden*cough*. 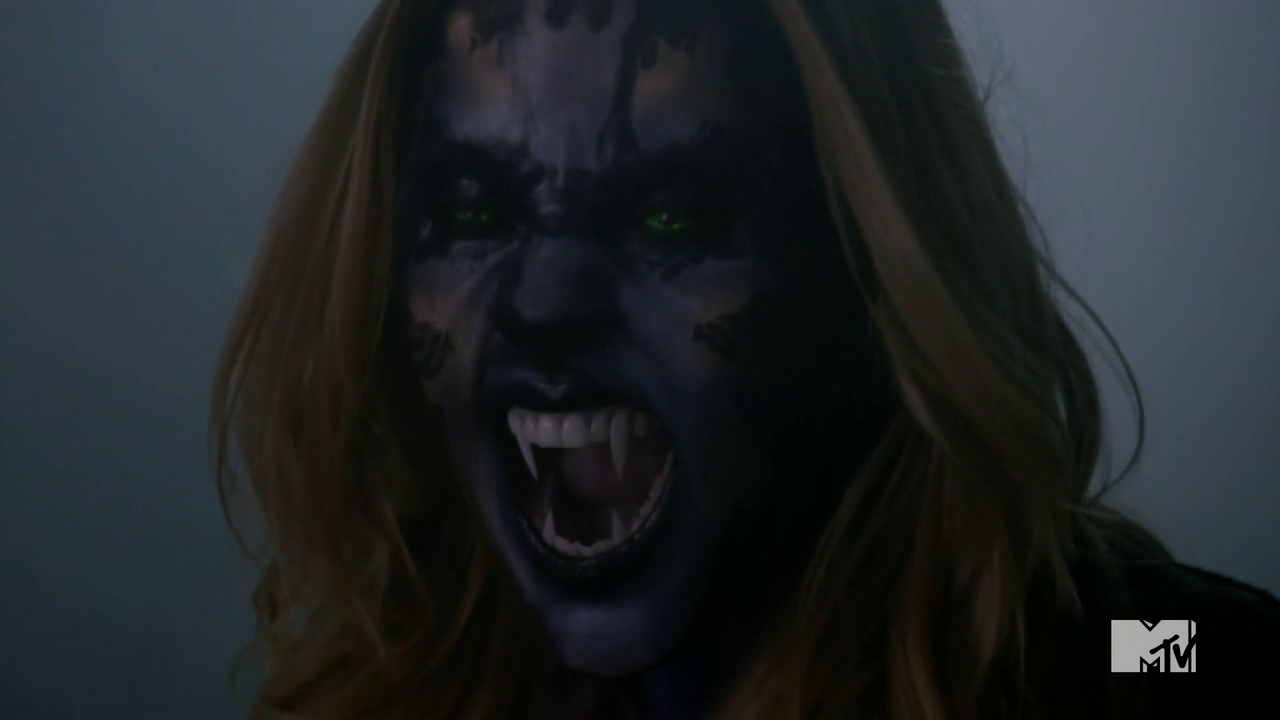 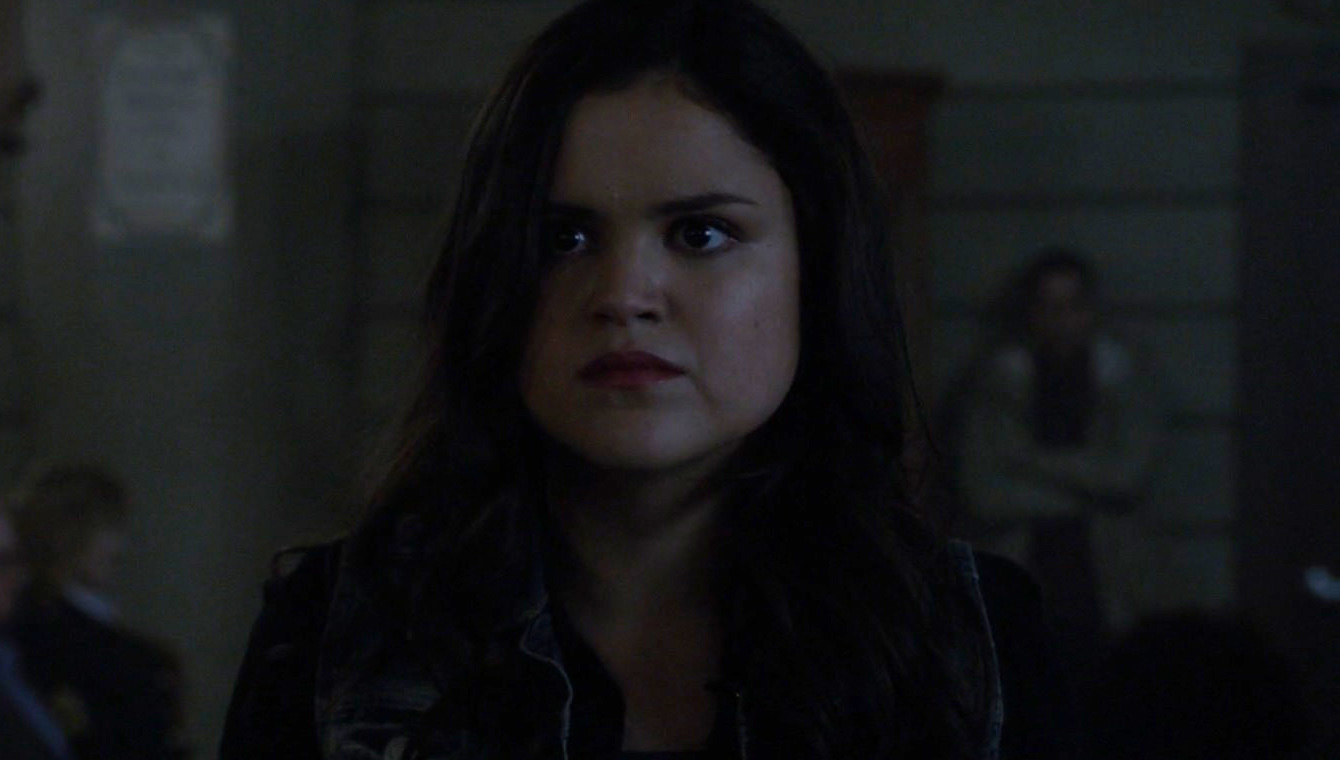 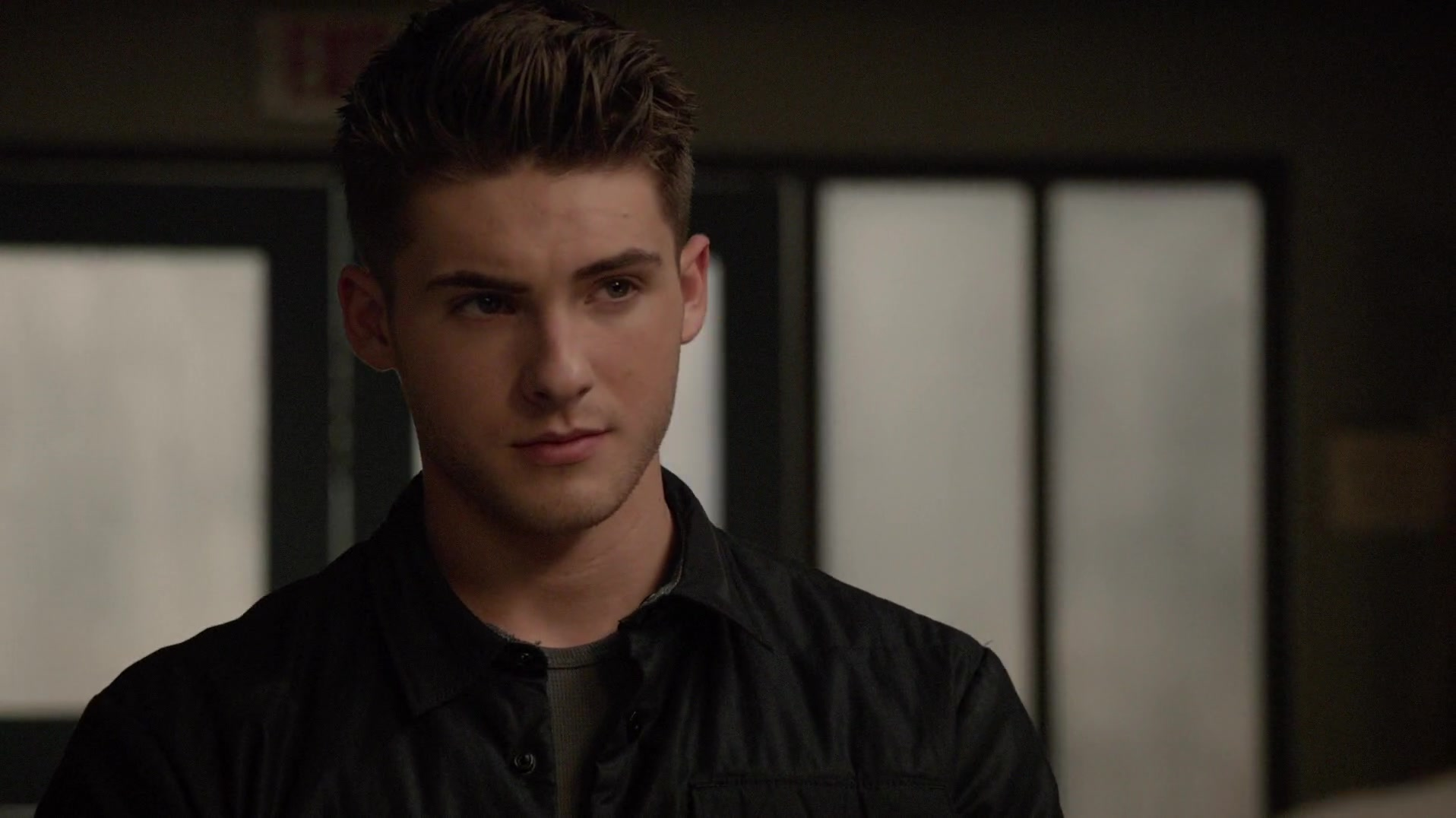 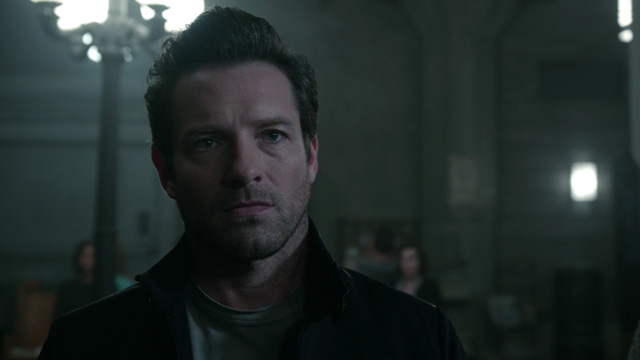 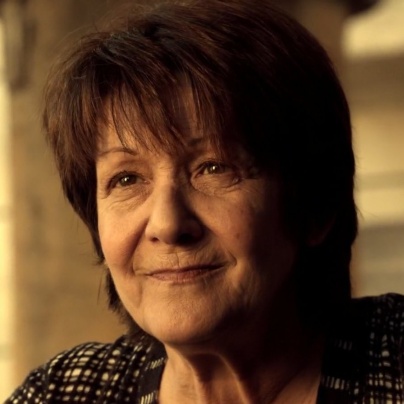 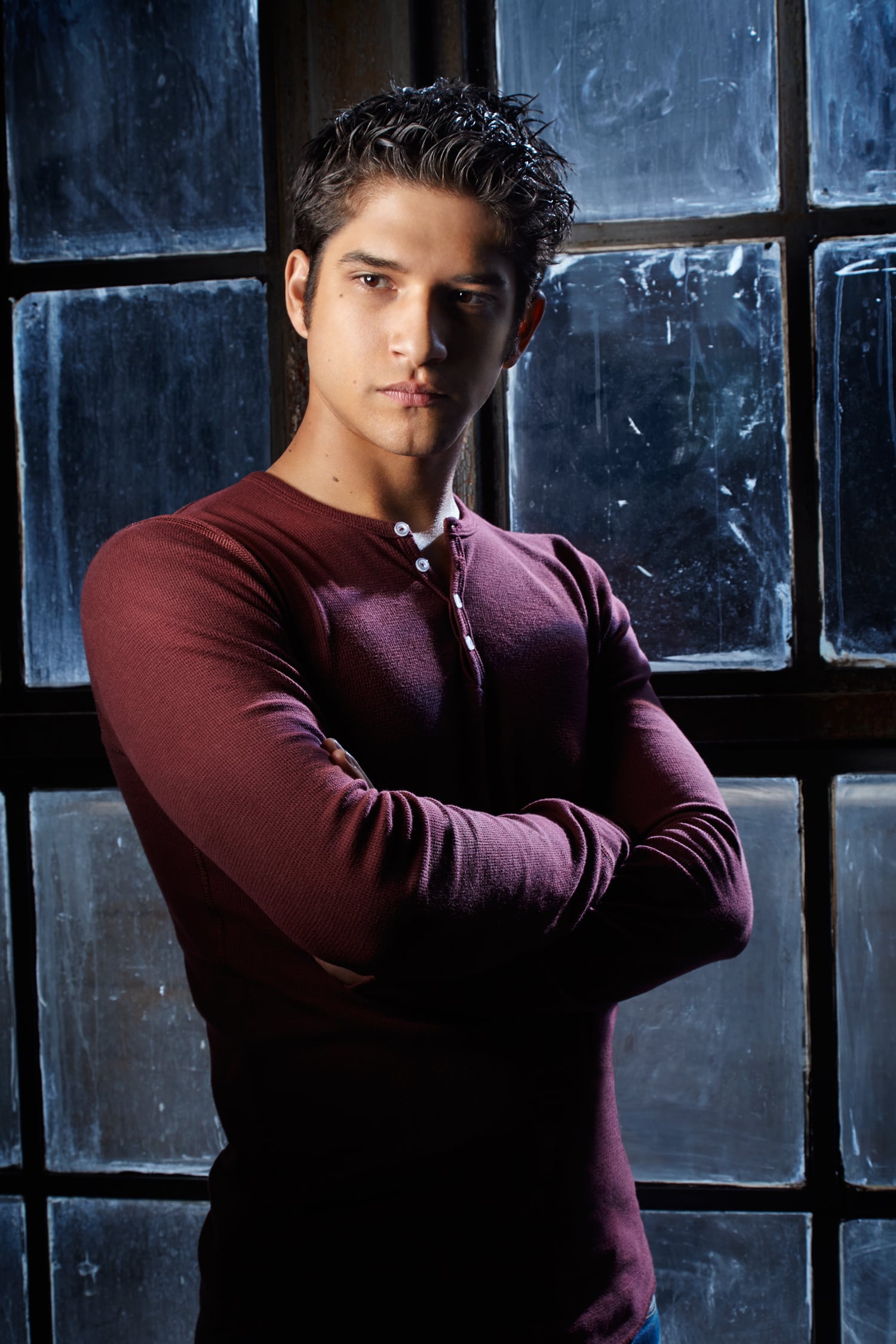 Greetings community! At the beginning of the year, the UCP migrations for this wiki were announced, and for a few weeks, they were put on hold to address the various technical issues post-migration. Now after weeks of testing, the migrations will be resuming in the coming weeks, and this wiki will be in the upcoming batch of migrations!

More on what these migrations entail can be read here:

For anyone who has any questions, how to prepare for the migrations, or general feedback on UCP, feel free to write down in the thread below. I will be here to help you all prepare for these changes as they come. Increased communication during this phase will help us be aware of the shift to UCP and coordinate as a community when it happens! 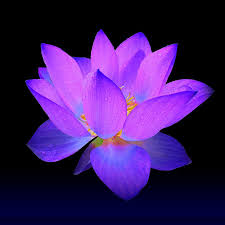 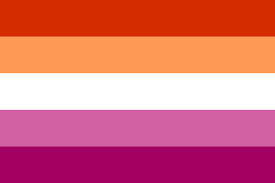 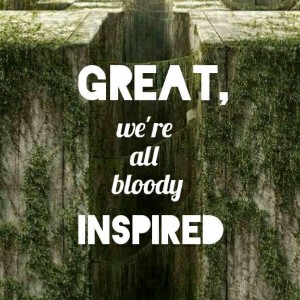 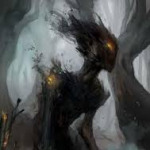 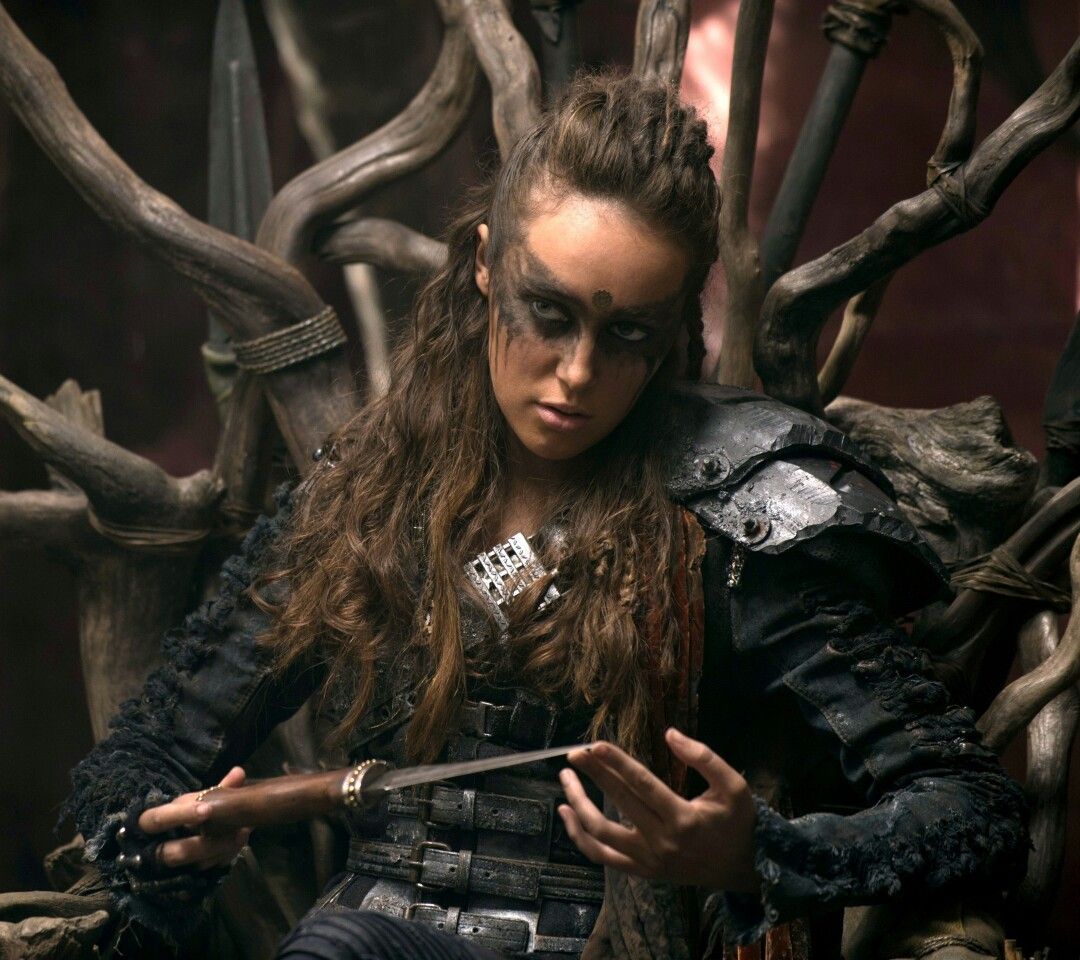 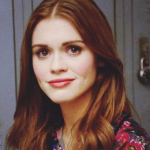 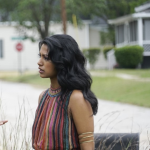 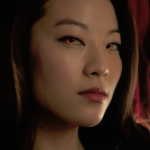