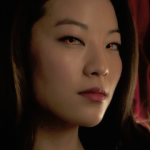 I'm known around these parts as Clary, but you can also call me by my actual name (Emily) if you prefer. I'm a 20-something licensed nurse in Ohio, USA, who is obsessed with television, YA supernatural/fantasy fiction, and learning as many languages as I possibly can. I'm fluent in three languages-- (American) English, (Latin American) Spanish, and (Brazilian) Portuguese-- but I also know the basics of French, Italian, German, Russian, Dutch, and Norwegian. In my free time, I am a freelance editor, which contributes my addiction to revising and updating wiki pages.

I work as a drug and alcohol rehabilitation nurse who works weekends and thus spend a limited amount of time on wikia during this period, but I am present most of the day throughout the week. Feel free to drop me a message about any subject, I don't bite. :)

Retrieved from "https://teen-wolf-pack.fandom.com/wiki/User:Clarysfairchilds?oldid=21679"
Community content is available under CC-BY-SA unless otherwise noted.